Fleas can be more than just a nuisance.  Not only do they cause nasty bites that can cause an allergic reaction with inflammation and swelling, they have been known to carry tapeworm larvae and a disease called murine typhus.  In some parts of the world they have also been known to be carriers of the bubonic plague, although thankfully not in Australia.  If you suspect you might have a flea infestation, or have tried to rid your home of fleas but found that they keep coming back, it might be time to call in the pest control experts!

There are three types of fleas that exist – dog, cat and human fleas – although the latter isn’t common in Australia.  Using their jaws to saw through the top layer of skin, they feed on blood and will generally stay on one carrier unless transferred to another.  They can survive without food for months however, and the larvae can remain dormant in carpets or in the cracks in floorboards until a vibration (such as footsteps or a vacuum cleaner) activates them.  It is also worth noting that fleas can remain dormant outdoors for a long period of time, only becoming active in the warmer months or when disturbed by activity. 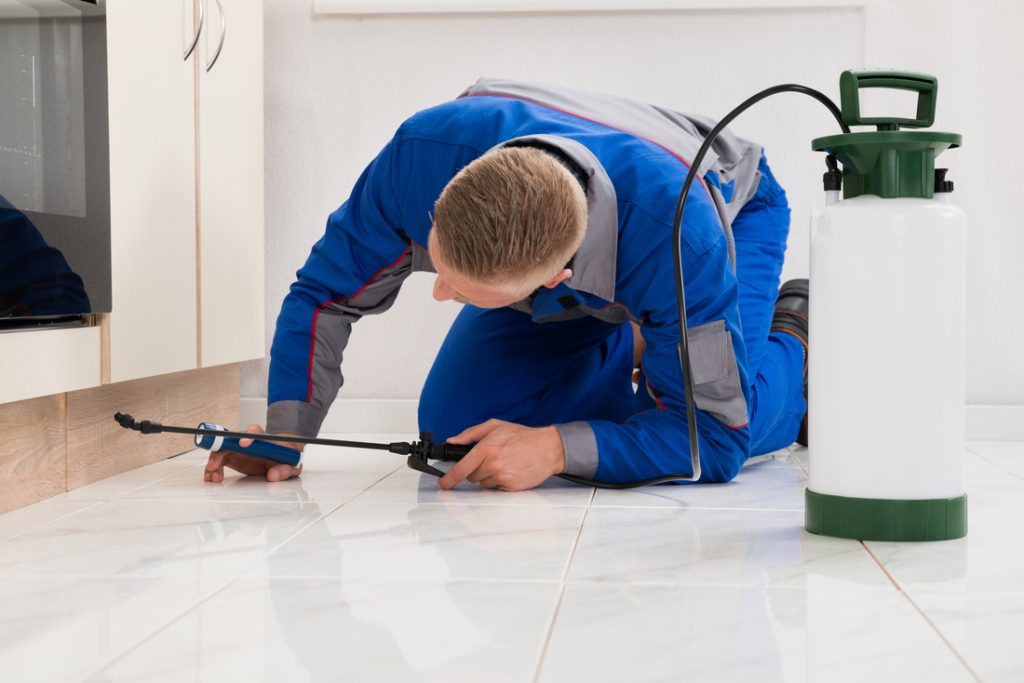 Fleas that can cause a pest control problem are obviously most likely to be found in homes with pets, and often the first time you’ll realise you might have a problem is when you see your cat or dog scratching more than usual.  They can be easy to spot in the fur of your pet, and you should also keep an eye out for tiny black spots which are likely to be flea poo.  Another sign that you may have fleas on your property is bite marks, particularly on your lower legs.  You might even spot one crawling on you.  Flea bites can cause an allergic reaction in humans, including itching and inflammation around the area.  If not treated, some bite marks can even become infected.

Once you suspect you suspect you may have a flea problem, treating your pets with a professional flea control product as well as undertaking a flea prevention regime as quickly as possible is critical to preventing an infestation.   You should also thoroughly clean any pet bedding, as well as any areas that your pet may frequent such as beds and chairs.  This is because it has been estimated that the fleas on your pet may only represent a small proportion of the fleas in the local environment, including eggs and larvae.

There are numerous flea treatments on the market, as well as home remedies you can find on the internet, however most experts recommend that you’ll need to treat the areas (and your pets) more than once, and possibly multiple times to ensure the complete eradication of all fleas.  For a thorough treatment in and around your home it’s best to invest the money and contact Pest Ex for the best pest control in Brisbane, as they will have the experience and know how as well as professional strength products to be able to detect and destroy a flea population.