There are indeed a lot of scientific facts associated with water and a lot of things are happening inside of this molecule even when you are not aware of those happenings. Another important consequence of hydrogen bonding is capillarity: the tendency of water to rise upwards in a narrow orifice (such as a glass tube, or the interconnected pores of a soil) above the general water level in the water body into which the orifice opens. The capillary rise of water is due to the electrostatic attraction between water molecules and the enclosing orifice surfaces. While the outermost water molecules interact with the solid surface, hydrogen bonding pulls other water molecules alongside.

Because the water– water bonds are stronger than the water– solid bonds, the water surface in the orifice arches slightly upwards, displaying the well-known meniscus phenomenon. Carefully observing the meniscus is important to laboratory chemists when they wish to accurately measure the volume of a liquid in a burette or other glass tube. 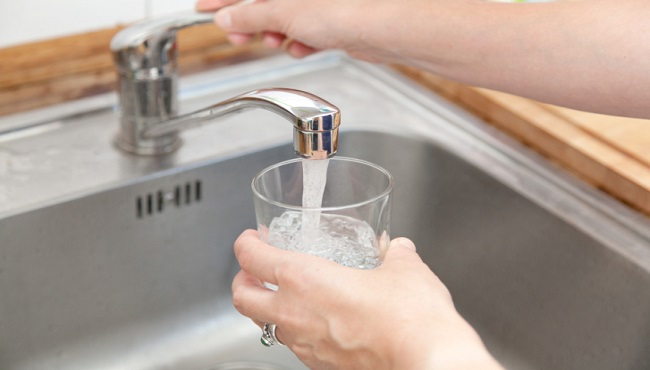 As the diameter of the orifice increases, the capillarity decreases, so that capillary rise in a water jug is negligible, while it might reach heights of several centimetres in a very narrow-bored glass tube. Capillarity has a number of important practical implications. In natural soils, much water is stored under tension in capillary zones immediately overlying the true water table. Changes in atmospheric pressure during rainstorms can cause this stored water to switch rapidly to pressure saturation, in which form it is able to drain rapidly out of the ground into nearby streams.

This phenomenon of ‘capillary zone conversion’ is responsible for the occurrence of large amounts of water with subsurface affinities in the total runoff flowing through streams during storm events. In the built environment, capillarity is responsible for the problem of rising damp, in which moisture gradually rises through masonry, making for an unhealthy indoor atmosphere and potentially giving rise to accelerated weathering of walls over time. It is to avoid this problem that an impermeable membrane, known as a damp course, is usually included in the lower reaches of walls. Another way to prevent capillary rise is to ensure that very wide apertures occur partway up the structure.

While this is not practical in a wall that’s also meant to keep out the wind, the principle works well in landscaping, where a layer of large pebbles can form an effective capillary break, to prevent upward migration of water from deep within the soil. Preventing this is desirable, for instance, where a soil cover is being placed over some contaminated material which probably contains pore water of poor quality.

You can boast to know about these scientific facts in front of your friends and be the cool geek of your circle. But it’s equally important to keep the payment of your water bills up-to-date; so, don’t forget to call your water supplier’s team at Thames Water Contact Number and know about different ways on how to easily pay your water bills.